I was listening to the president’s State of the Union address, and I was gratified to hear some areas of bipartisan agreement. This is hopeful. I love the little girl named Grace who is an altruist and cancer survivor, with her beautiful shy, humble smile, and the smiles of the prisoner turned minister, and the Holocaust victim and his rescuer, and the lovely diverse freshman legislators. These people and so many more make up the strength of our country.

I was also struck by the discussion about the New York legislature’s decision to allow late- term abortions and the rising up of Republican Congresspeople against it while the Democrats remained in their seats. I felt such, such sorrow that we couldn’t find some measure of bipartisanship on discussing limits on abortion, based on medical science and morals. Can any Republican prove by science that a fertilized egg is a baby? It has potential to be one, certainly, but the zygote is not yet one. And does our Constitution not that precepts of faith are guarded by the Constitution and that the state cannot impose faith precepts on anyone? So how could our government possibly legislate around a faith belief that says conception is the same as a baby and should be protected as such.

At the same time, can any Democratic legislator prove that a child inside the womb in the last trimester if only protoplasm and inherently different in nature and being from the baby is out of the womb seconds later, that somehow in the birth canal that the child changed in being? And that premature babies saved from the womb at the same life stage are only legitimate children because their parents wanted them? That would mean that a human being’s worth is only dependent upon being wanted by a person’s care giver, and any time someone who is dependent upon another person is not valued, that vulnerable one can be murdered.  What sense does that make? It is as much a denial of science as denying the existence of climate change and fossil fuel pollution helping to trigger it.

It seems the New York Legislature would be far more responsible and truthful and caring of women to say — if you insist on an abortion in the third trimester, we will allow you a c-section and put your children up for adoption, as there are many couples longing for these children, and we cannot kill them simply because they are not wanted, unless there needs to be some decision to save the life of the mother. Now that would be creative and moral legislation, addressing two problems at once, and addressing the needs of the mothers, couples who want children, and society as a whole.

From what I have ever learned of morality, faith, civics, economics, and ecology is that there is NO UNLIMITED right or freedom. With every freedom and right, there is an inherent call to responsibility and compassion for others affected. That any unlimited right exercised to its extreme infringes on the rights and well being of others without their consent, thus harming them and limited their choices.  The real role of governing and leadership is to help guide a community into finding the balance of supporting rights and their inherent responsibilities in legislation. In this case, it would mean finding ways to support women AND the unborn and born and their wellbeing to the best of our abilities as a society.

Years ago in this country and still in many countries, a man could beat and kill his wife and children within his own home because he had property rights over them and privacy rights there for what he did. This is the same reasoning supporting Roe versus Wade, rather than looking instead at the rights and responsibilities and public health issues involved for women and as a society. How can we best support a woman who finds herself pregnant unintentionally before the child is out of the womb and after? How can we best recognize the rights of the mother and child and society itself/ These are the real challenges that both political parties refuse to face, and we as a nation turn away from, seeking the easy road of black and white extreme positions.

What does it say of us as a society that kill its own children and future generations through unlimited abortions, unlimited fossil fuel pollution, and unlimited gun rights?  Why do we find that in the US, we are polarized by the NRA (National Rifle Association) and the fossil fuel industries on the one side and NARAL (National Association for the Repeal of Abortion Legislation) and Planned Parenthood on the other in demanding unlimited rights and no responsibilities?

Aren’t there ways that lawmakers could decided to look at these questions from the screen of public health and welfare and compassion for all? Is that not what both our Constitution and precepts of faith call forth in decision making? Our lawmakers will not come to this position without people of faith and general goodwill do not demand it. We should not have unlimited allegiance to any party or platform but rather force both parties to face their responsibilities with listening and considering the other points of view and using science and public health to help forge some legislation for protection of the common good and individual rights. People of faith can help lead the way on this, if we can get ourselves out of extremist pigeonholes.

I look forward to a day when Democrats allow for real discussion of rights and responsibilities and medical science with abortions and Republicans do the same with energy and guns. Then perhaps we could move into some real responsible bipartisanship and a full prolife, public health, and ecological range of discussions and actions. For all three of these are the same in the long run.

Photo by Andreas Wohlfahrt on Pexels.com 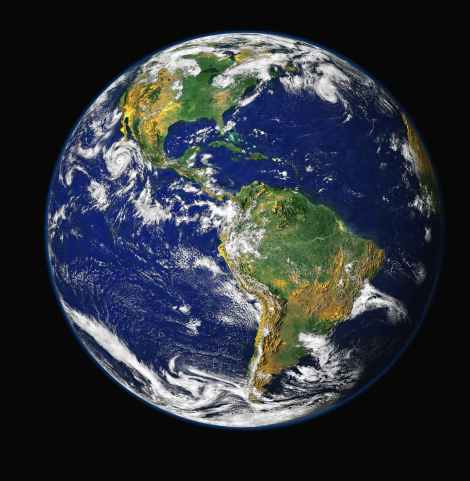 Photo by Pixabay on Pexels.com

Resources for further thought or study; Dynamic organizations at work; An outdoors Creation Care service for St. Francis' day; Actions for yourself and your faith group; News and events — all to help you to grow closer to God and save God’s “beautiful, endangered world.”

Listen to the Radio Podcast of Author Lorbiecki

Lorbiecki speaks about why she wrote the book and about farm family Tom and Irene Frantzen: Click on the March 22, 2014 Food Freedom Show: http://www.am950radio.com/am950-podcasts/archives-of-local-shows
%d bloggers like this: